The story of the Bata Shoe Museum has been largely written by the work of women. Today on International Women’s Day, we would like to proudly recognize some of the many women who have shaped our institution and collection, beginning at our beginning, with Museum Founder, Sonja Bata.

It was while travelling the world on shoe business with the Bata Shoe Company that Sonja Bata developed a passion for collecting rare and traditional footwear from every corner of the world. Her fascination with ethnography, design and history led her to amass a vast number of extraordinary shoes. This was the birth of what was to become the most comprehensive collection of historic footwear in the world and eventually, the Bata Shoe Museum (BSM).  A unique cultural gem in the heart of Toronto, the BSM continues to reflect the vision of its founder, who viewed shoes as a gateway to deeper understandings of culture, anthropology, craftsmanship and ingenuity.  A true collector who found great joy in the act of sharing her finds with others, she was particularly proud of the education and community‐building aspects of her museum.

The first curator of Mrs. Bata’s collection was ethnologist Alika Webber, who had previously spent years researching the traditional footwear of Indigenous North Americans.  It was Webber who encouraged Mrs. Bata to become more focused in her collecting and to properly catalogue her collection, thereby laying the foundation for the Bata Shoe Museum.  Webber’s own ground-breaking work included the publication of a typology of Indigenous North American footwear.

Another remarkable woman who has made invaluable contributions to the knowledge and collection of the BSM, is intrepid researcher Dr. Jill Oakes.  A professor in the University of Manitoba’s Department of Environment and Geography, Oakes has worked with her husband Rick Riewe, a professor of zoology, to make several field trips on behalf of the museum.  In the course of their on-going relationship with the BSM, they have documented traditional boot-making across the circumpolar regions of the world including, Canada, Alaska, Siberia, Greenland and Scandinavia.  They have also curated several exhibitions for the museum and authored multiple publications.

For years, whenever travel writer Ruth Malloy ventured from her home in Toronto she kept an eye out for interesting footwear.  With each trip to China and Inner Mongolia, her interest in the shoes of these regions became increasingly peaked. In 2005, after meeting Sonja Bata, Malloy decided to visit Mongolia expressly to collect footwear for the BSM.  Her trip resulted in the acquisition of numerous artefacts for the museum’s collection. Each pair of boots was accompanied by documentary photographs and invaluable interviews that allow us to preserve the traditional step-by-step process of Mongolian boot-making..

Today, the Bata Shoe Museum continues to thrive with strong female leadership and guidance. The museum’s Senior Curator, Elizabeth Semmelhack, applies her cultural art history background to the mission of the museum by exploring the multiple roles and meanings of footwear through innovative and engaging exhibitions. One of the primary focuses of her work is on the construction of gender in relation to dress, with a particular interest in the history of elevating footwear.  Her findings have resulted in the publication of multiple books on the subject and she is an internationally-recognized as an expert in the history of footwear.

While these noteworthy women helped shape the BSM, this list does not touch upon the many artefacts in our collection carefully crafted by women in their role as shoemaker for their family or community. It does not count the many women who continue to work behind the scenes as museum staff or the countless volunteers and docents who give their time to contribute to the museum’s success.

So today, as the world comes together to acknowledge the contributions and achievements of women, regardless of national, ethnic, linguistic, cultural, economic or political differences, we would like to take a moment to say thank you to all the women who have shaped the Bata Shoe Museum, both past, present and future. 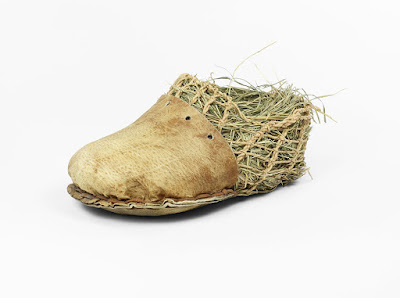 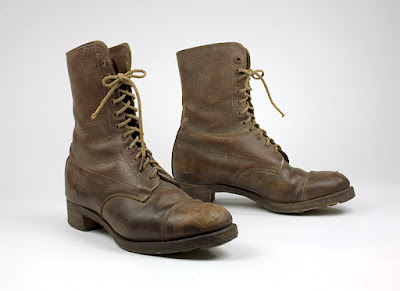